This KB will cover restoring systems with one or more critical disks. When running a disaster recovery restore, Retrospect leverages Windows' Automated System Recovery (ASR) feature to recreate the partition layout of the backed-up drive. During the backup this will determine how many disks are deemed critical for the restore process.

In most cases the disks that are considered critical will be the disk Windows is installed on and the disk that contains the boot loader information. Usually this will be one disk but there are configurations that will have multiple critical disks. Another wrinkle to this process is if the system is configured to use Unified Extensible Firmware Interface (UEFI) or Legacy BIOS.

System restores with one critical disk:

Legacy BIOS systems uses MBR for the bootloader and when installing Windows, the MBR will be located on what the system sees as Disk 0. If Windows was installed on the same disk, during the DR process you will need to restore to what the system considers Disk 0. You can see what is considered disk 0 when booted from Retrospect’s DR environment by clicking on “Setup my hard drive before restoring” in the Disaster Recovery wizard. 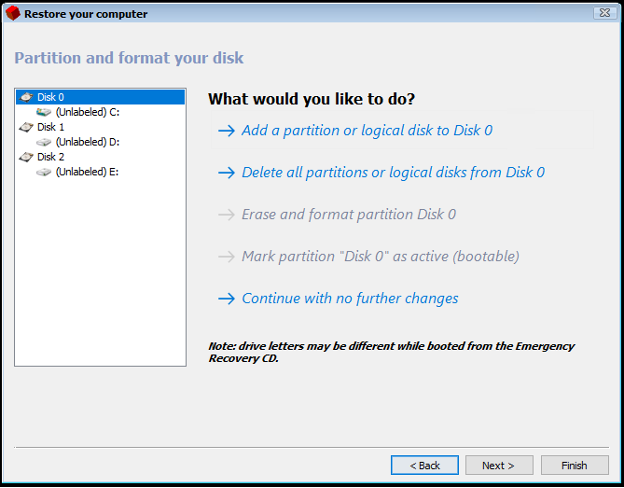 For Legacy BIOS systems where Windows was installed to a disk other than Disk 0 (i.e., Disk 1), Windows will still use Disk 0 for the MBR. This means that there are two critical disks and both disks will be re-partitioned. Before restoring, the system will have need to have two disks where both are the same size or larger as the previous disks. During the restore process a disk other than Disk 0 (i.e., Disk 1) will need to be selected otherwise the restore process will fail. If there is a data partition on Disk 0, that will need to be restored separately. Retrospect will display a warning when it encounters this configuration during restore, clicking on Continue will allow the Restore to proceed. 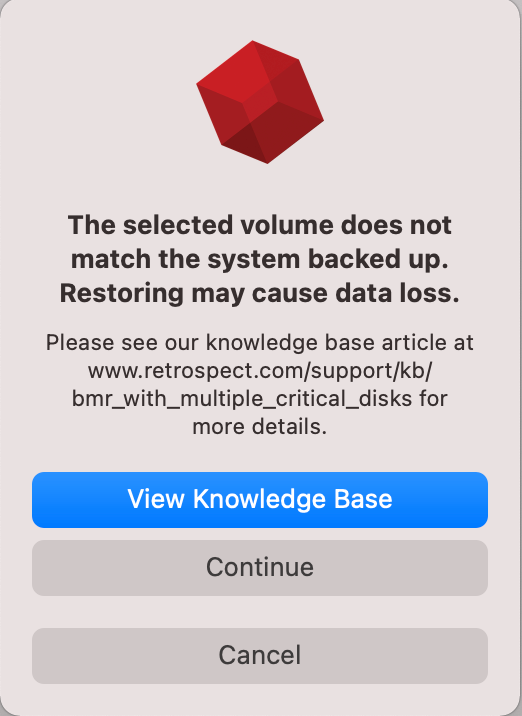 System restores with one critical disk:

UEFI systems use GPT formatted drives and will use an EFI System Partition (ESP) as a boot loader for the OS. By default, when Windows is installed the OS and ESP will be on the same disk but, they can be configured to be installed on different disks.

Retrospect currently only supports DR where Windows and the ESP on are the same disk. Unlike Legacy BIOS, the disk number is not important, and any disk can be selected as long as it is the same size or larger than the previous disk. Users running 18.1.1.106/18.1.1.120 or earlier will need to update to the latest version. These earlier versions had a bug that required the restore to go to the same Disk # as was backed up. For example, if Windows and the ESP were installed on Disk 1, the restore had to be performed to Disk 1.

Retrospect does not currently support this configuration. To recover from this setup, Windows and Programs will need to be re-installed and then restore any needed data. Retrospect will display a warning when it encounters this configuration during a restore. No drives will be erased and the restore will be stopped. 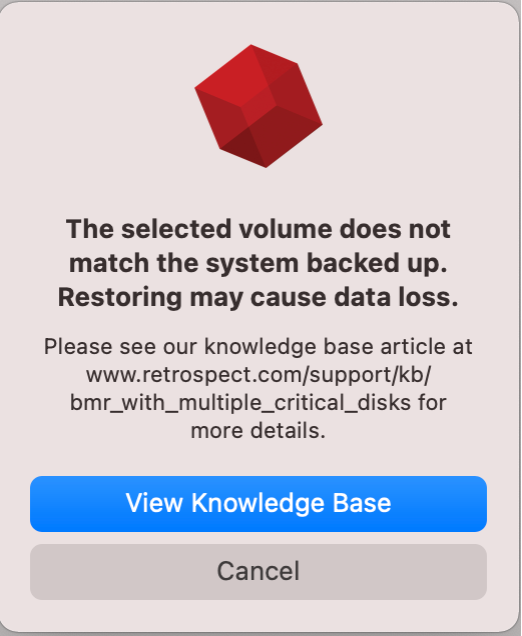