Please ensure that the following requirements are met by the Microsoft Exchange Server:

The following steps are performed during an Exchange Database backup job: 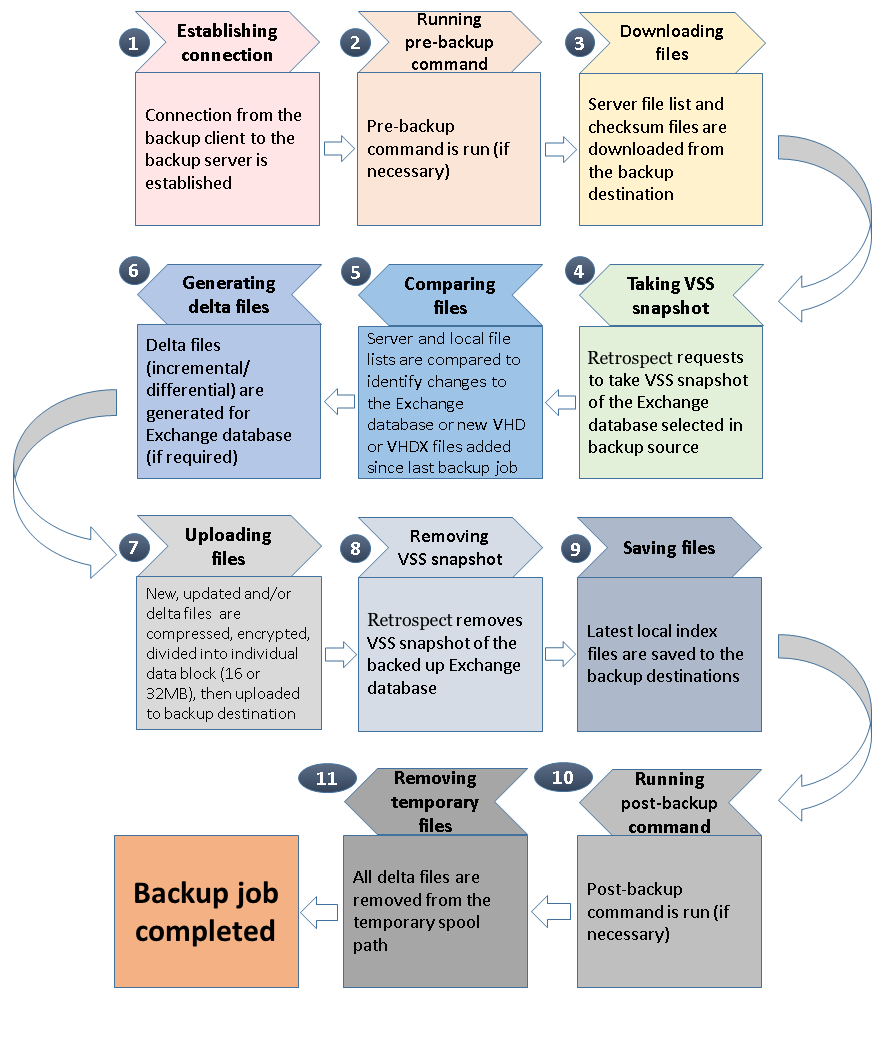 Before you get started with restoring your database using the Retrospect Virtual Host Server, there are a couple of steps you may need to perform first.

Refer to the following instructions to restore your Exchange database in Database Availability Group (DAG).

Type the following command in the Exchange Management Shell.

Restore Exchange Database to the Exchange with the active database 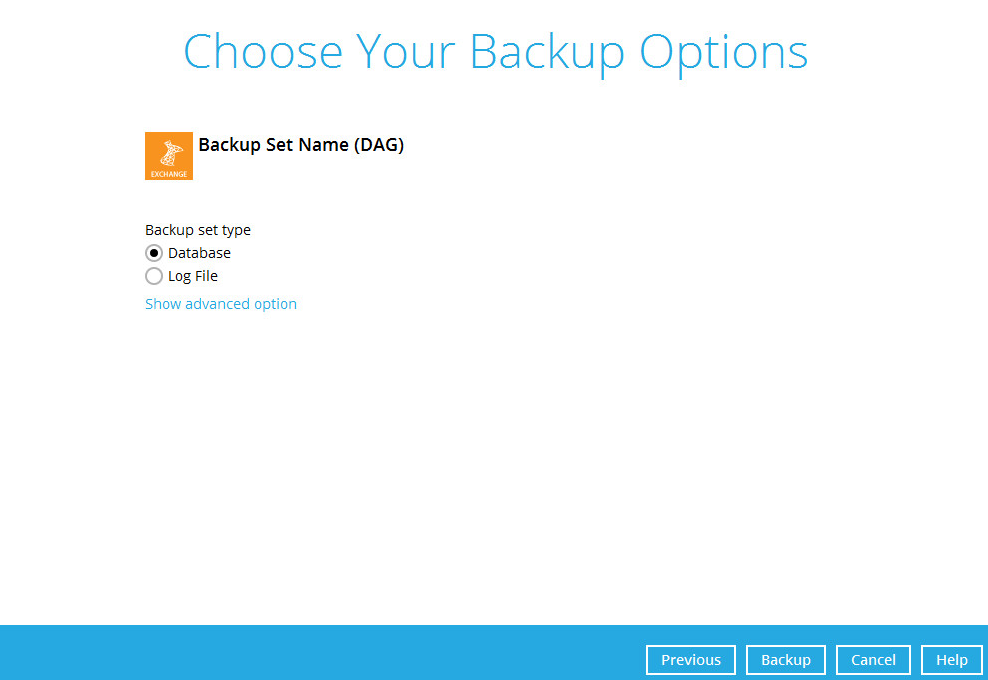 A full backup of an Exchange database creates and stores a complete copy of the database file, transaction logs, and checkpoint files. A Microsoft Exchange Server 2010 database has one set of transaction log files dedicated to that one database.

After the database has been backed up, the transaction log files on the disk are truncated so that only database changes that occur after the backup was made will remain. During this process, either the Store Writer or the Replication Service deletes all log entries up to the checkpoint, based on the assumption that the databases have now been backed up in a consistent state that contains all changes up to the most recent checkpoint.

At the completion of Full or Incremental backups, the headers of the active mounted database get updated with the current backup information. A Full backup is required in order to run Incremental or Differential backups. There is no restriction as to which copy the Full backups are taken from as long as it is a backup.

Full backups are used in the following restoration scenarios: 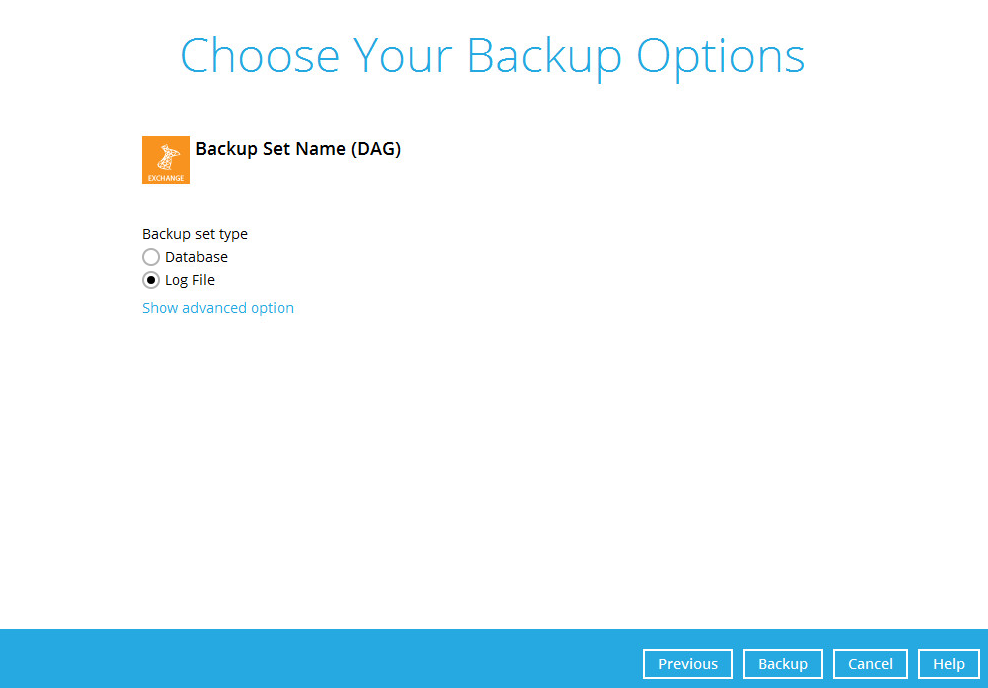 The information below demonstrates how you can verify the restoration activities log between the Retrospect Virtual Host Server and the Microsoft Exchange Server.

To verify the restoration activities log, open both the Restore Report in Retrospect Virtual Host Server and the Event Viewer in the Microsoft Exchange Server.

There are 5 major parts to take place during the database restoration progress as shown below.