Retrospect uses a Catalog file, an index of the files and folders contained in a Media Set, to keep track of the different generations of modified files in a Media Set. The Catalog lets you quickly search for files without having to actually search the backup media itself, which would be considerably slower, especially with media like digital tape. By default, Catalog files are stored on the Retrospect server computer, in
Library/Application Support/Retrospect/Catalogs/. 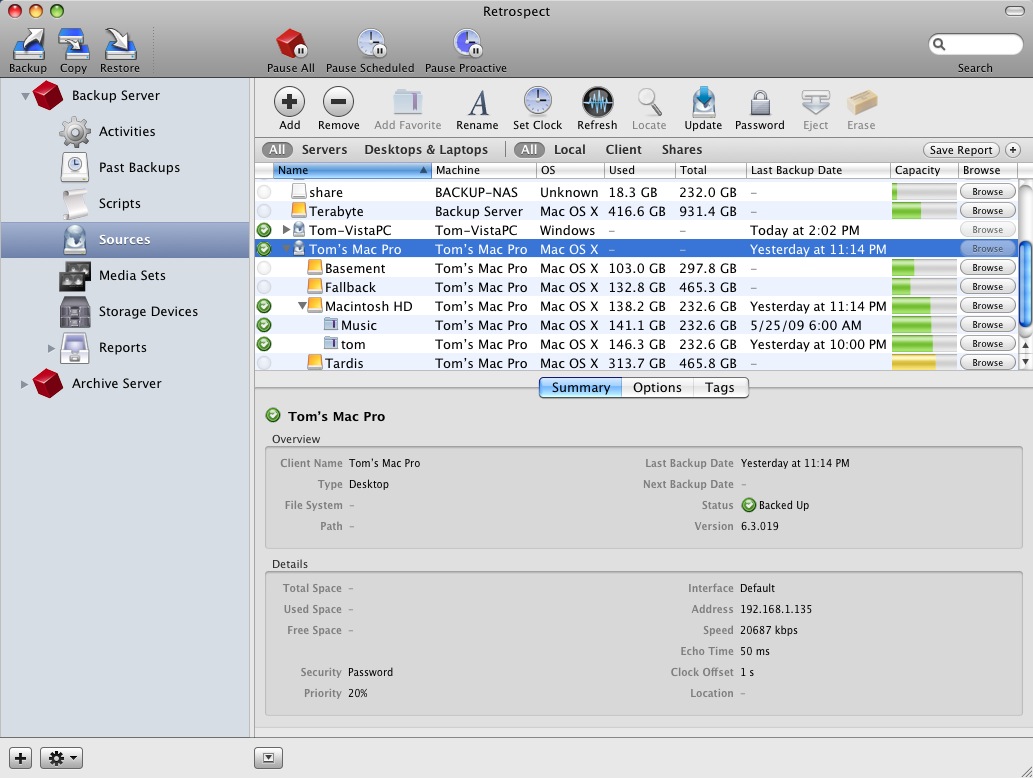 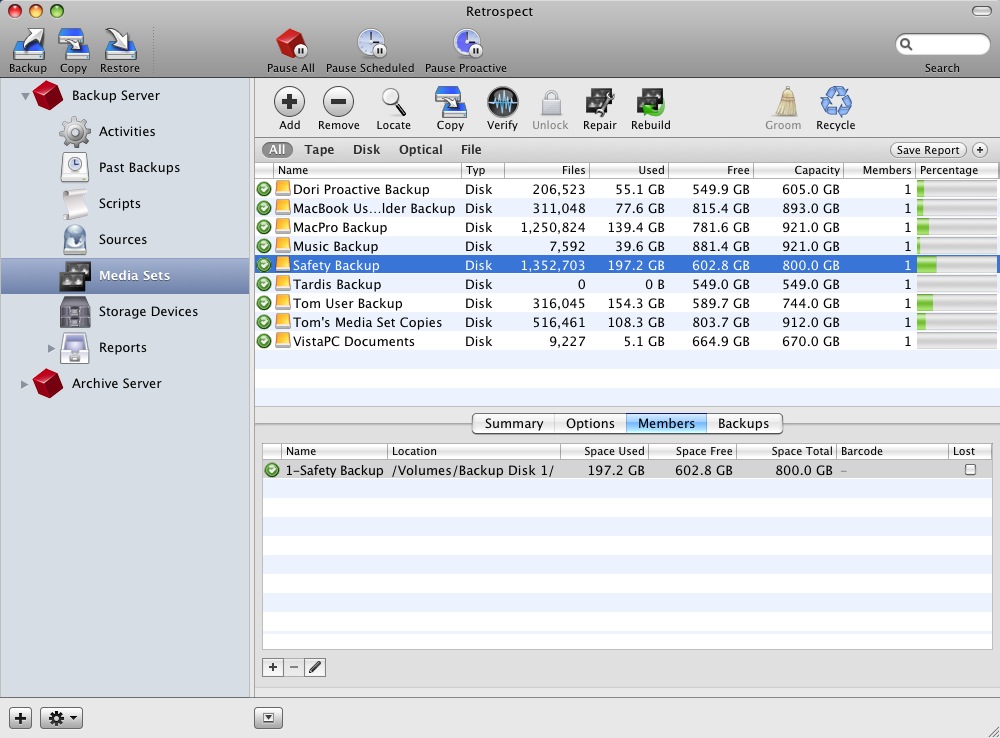