Ransomware attacks are increasingly sophisticated, having the capability of watching for cloud account credentials, deleting backups and cloud storage, then encrypting everything and demanding a ransom. It's imperative to build defenses against this escalating attack. SMBs and large businesses need a backup target that allows them to lock backups for a designated time period. Many of the major cloud providers now support object locking, also referred to as Write-Once-Read-Many (WORM) storage or immutable storage. Users can mark objects as locked for a designated period of time, preventing them from being deleted or altered by any user.

Retrospect Backup 18 integrates seamlessly with this new object lock feature. Users can set a retention period for backups stored on supporting cloud platforms. Within this immutable retention period, backups cannot be deleted by any user, even if ransomware or a malicious actor acquires the root credentials. Retrospect Backup 18's powerful policy-based scheduling allows it to predict when those backups will leave the retention policy and protect any files that will no longer be retained, ensuring businesses always have point-in-time backups to restore within the immutable retention policy window.

Retrospect Backup 18 makes it easy to add an immutable retention policy with Amazon S3. When creating a backup set, simply check "Immutable Retention Policy" and specify the number of days. Retrospect Backup 18 will mark any backups to Amazon S3 as immutable until that date in the future and delete any backups that are no longer protected by the retention policy, saving costs on storage space. 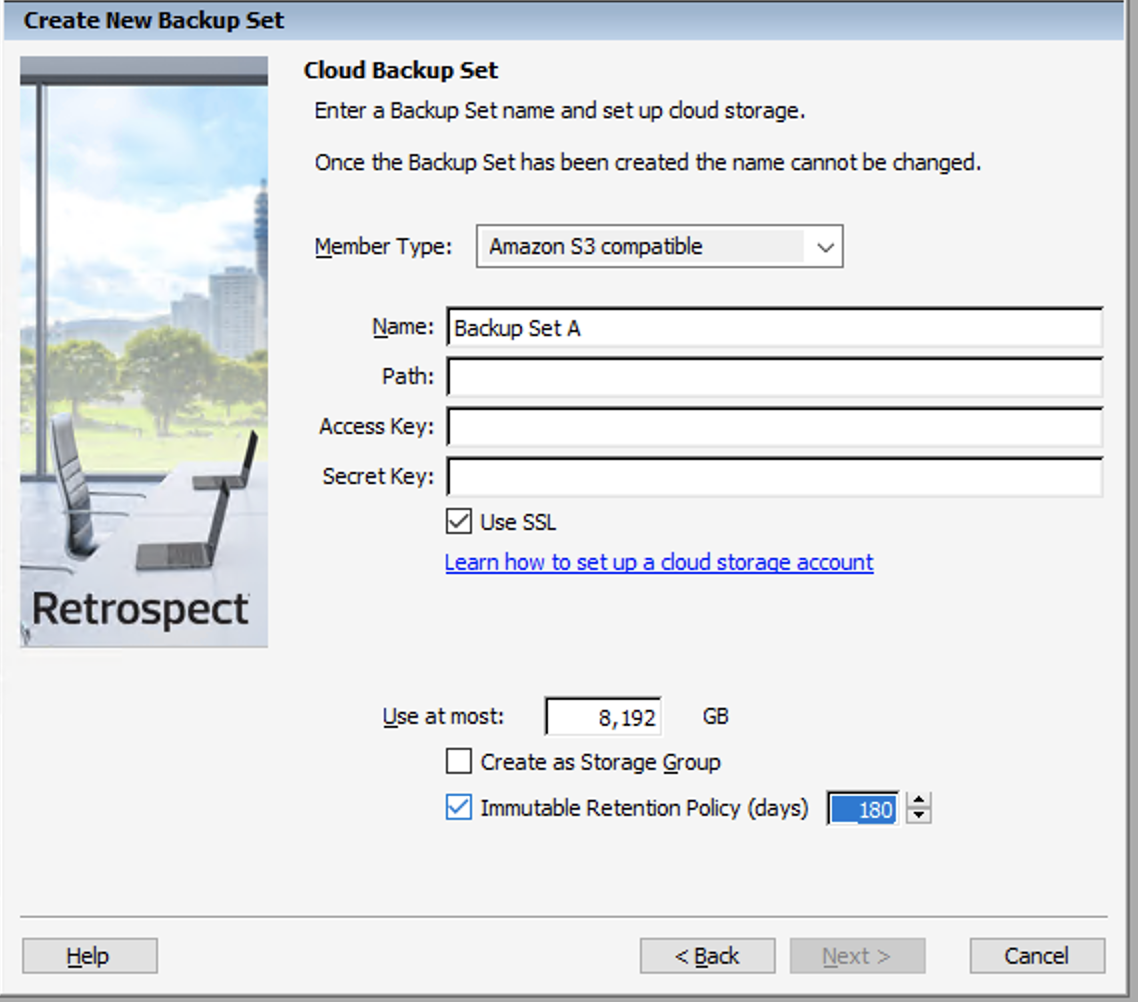 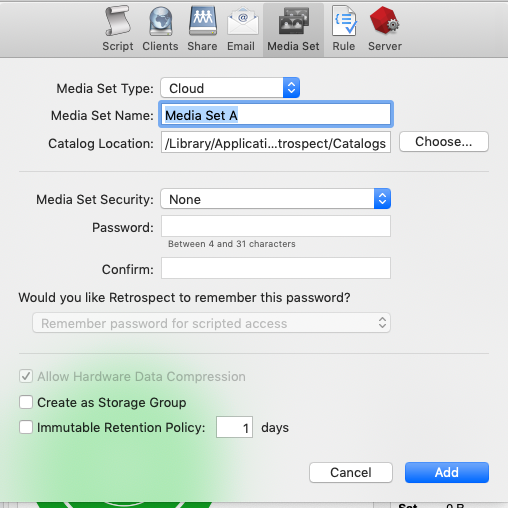 Security is critical to any backup environment, and Retrospect Backup 18 surfaces the wealth of data it can see into a broad set of reporting improvements to bring security to the forefront. Retrospect Backup now includes the same detailed backup report for Windows, Mac, Email, Export and the Management Console, ensuring a clear, consistent experience across each product. Email reporting is now available daily and weekly to stay up to date on the status of your backups and emails include the exported report as an attachment.

Included in the backup report is "% Changed", the percentage of files changed in a given backup, alerting admins to any significant changes in their data protection, such as a ransomware attack or an incorrect volume backed up. Also included in the backup report is "Total Files" and "Total Data" to highlight how much data is currently protected on a given volume compared to how much was newly protected in that backup.

Retrospect Management Console has two new views: Backup Report and Locations. The Backup Report view has the same information from the application but aggregates across an entire infrastructure or multiple clients for our partners. The Locations view is a worldwide map of all users, Retrospect Backup servers, and remote clients, down to the city. This geotracking ability helps businesses understand exactly where all of their resources are located. If there is a resource somewhere unexpected, it's easy to spot. 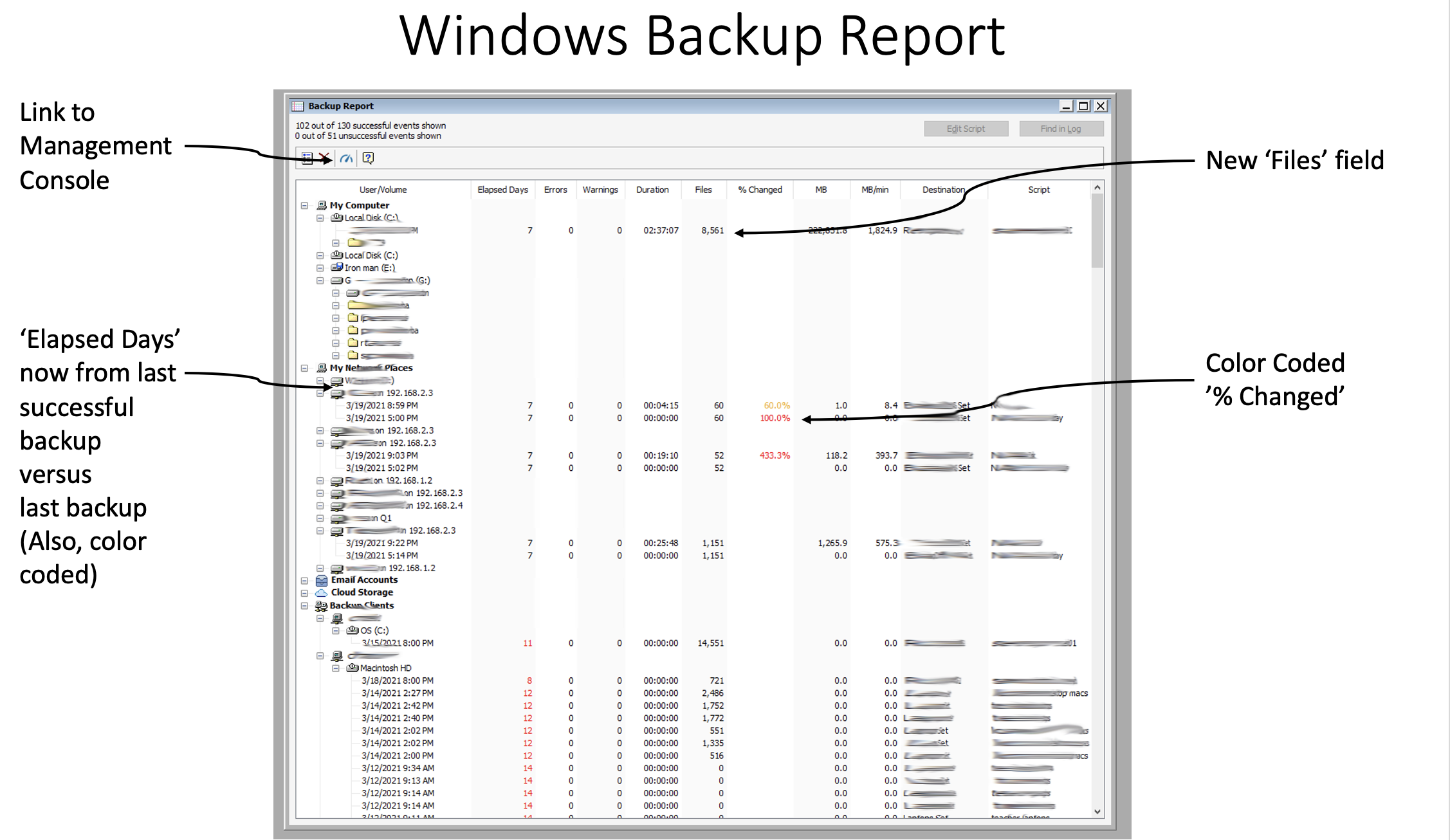 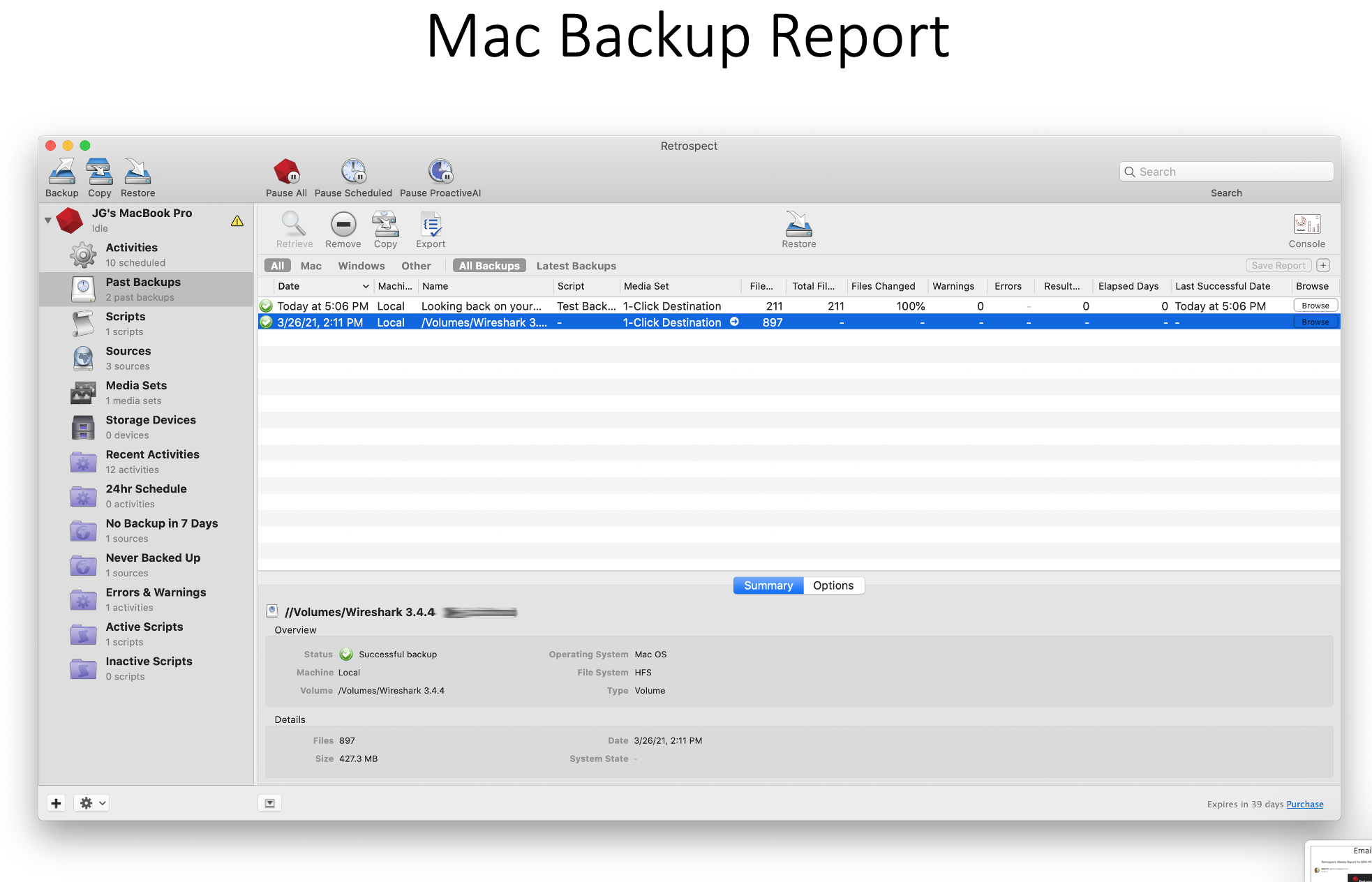 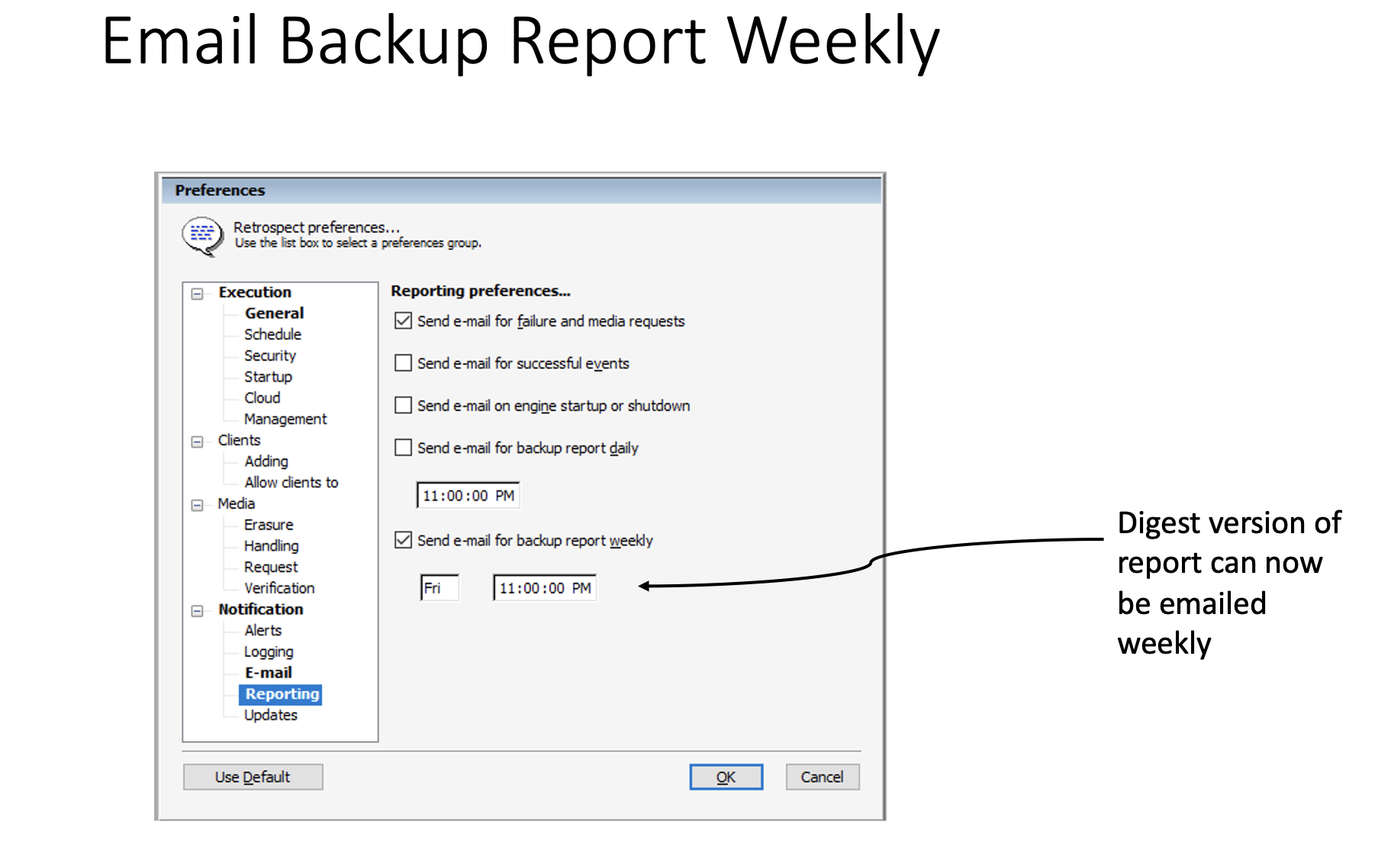 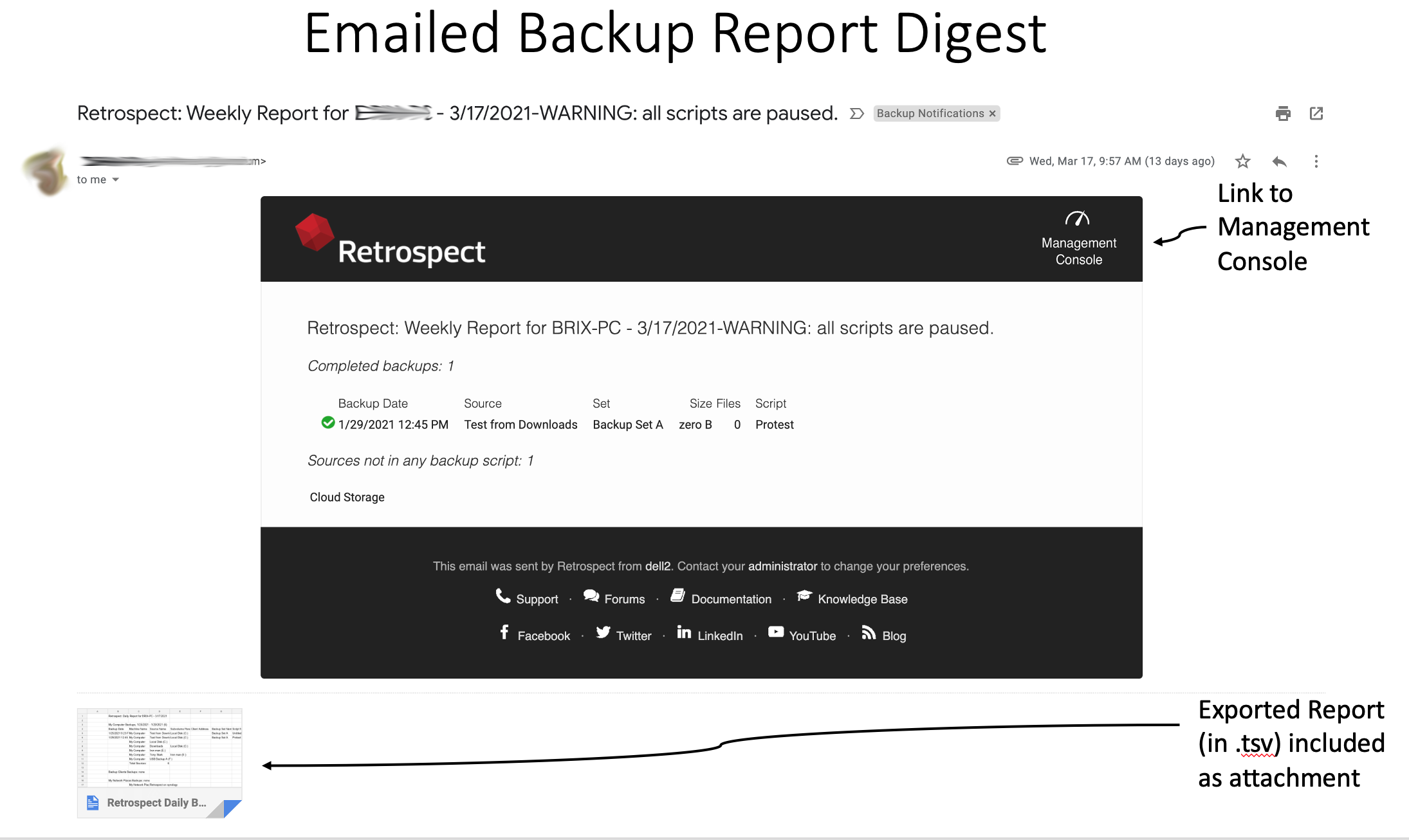 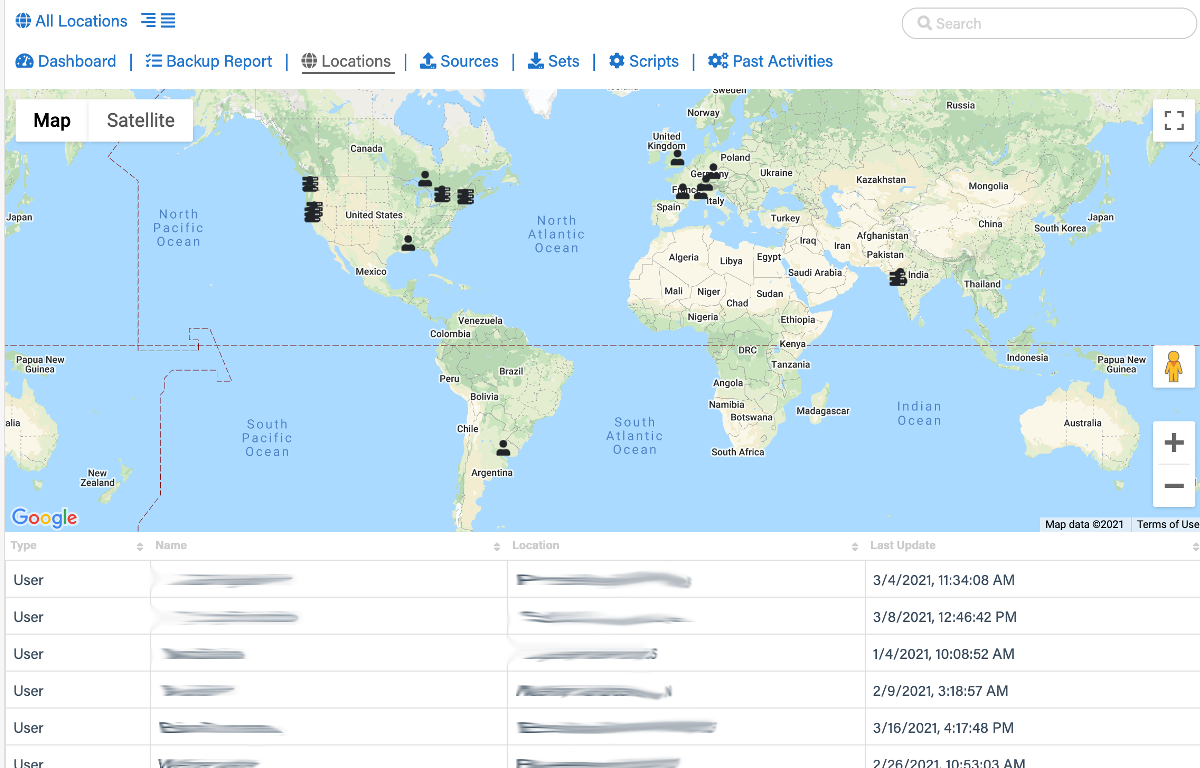 With Retrospect Backup 18, every feature in Retrospect Management Console is included with a product license.

Retrospect Backup has been protecting data at homes and businesses since 1989. Getting a first backup can mean the difference between success and failure as a business, and Retrospect Backup 18 has a completely redesigned workflow to simplify that experience while making it easier for new users to see what will be backed up. 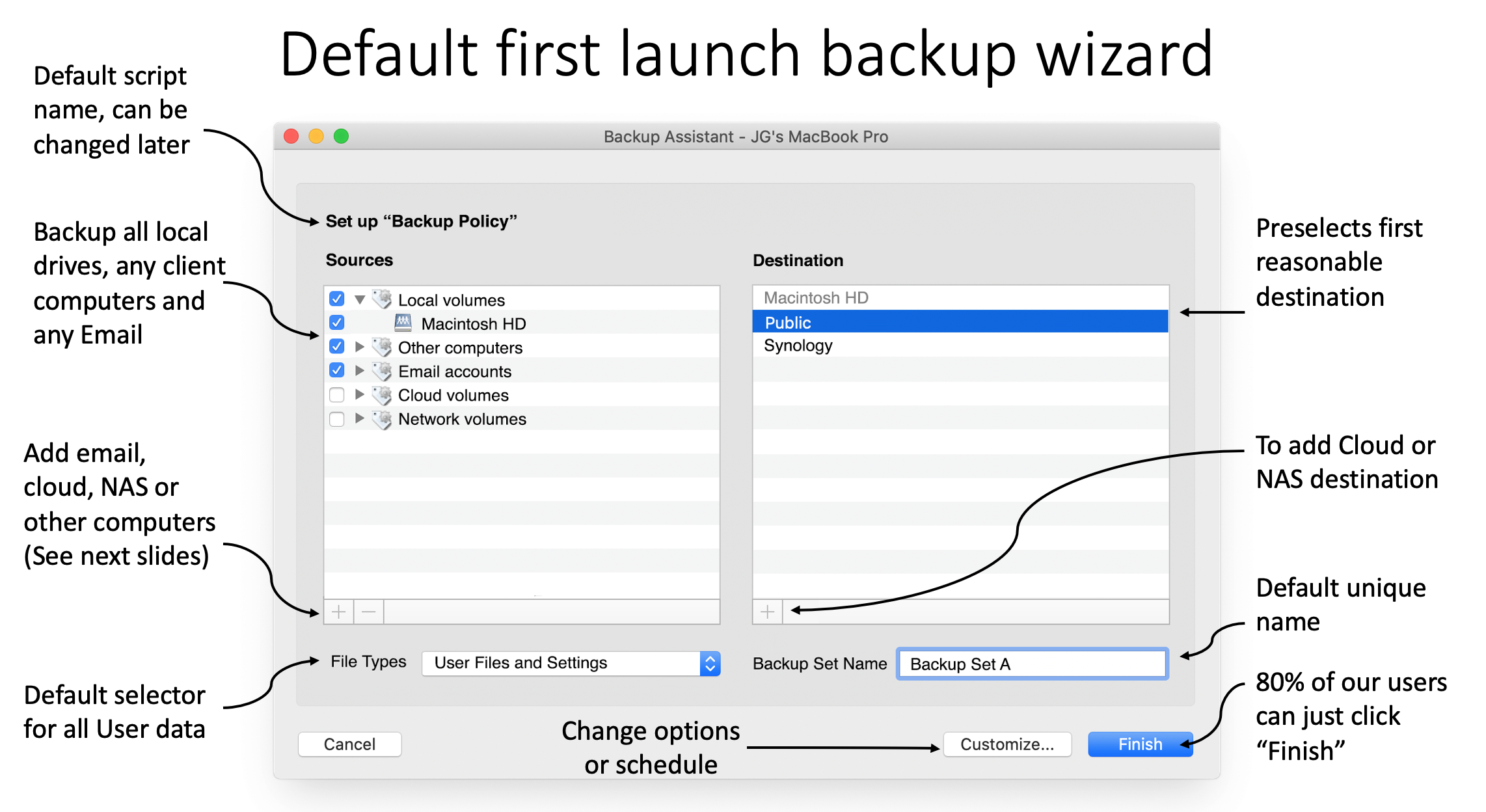 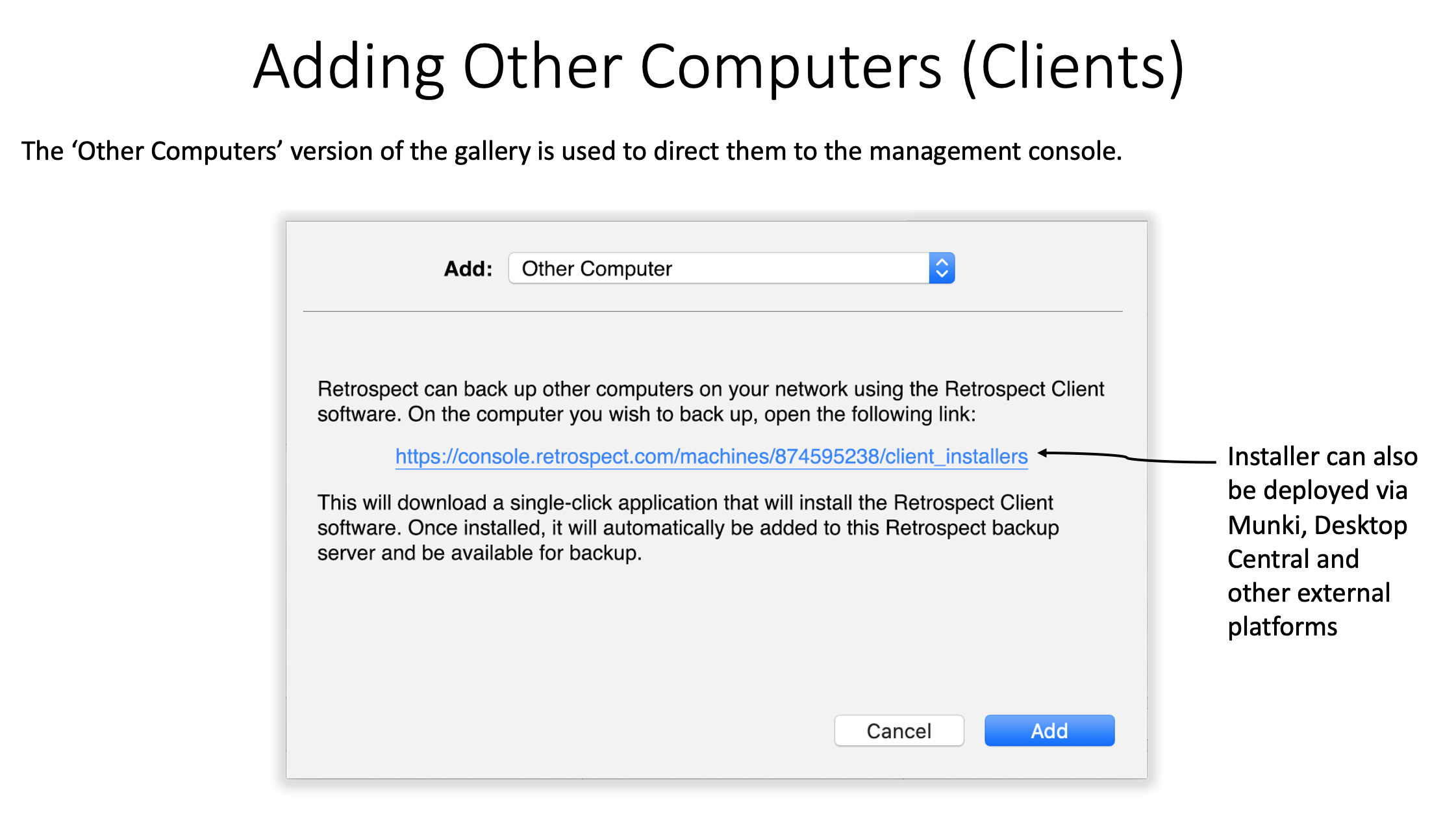 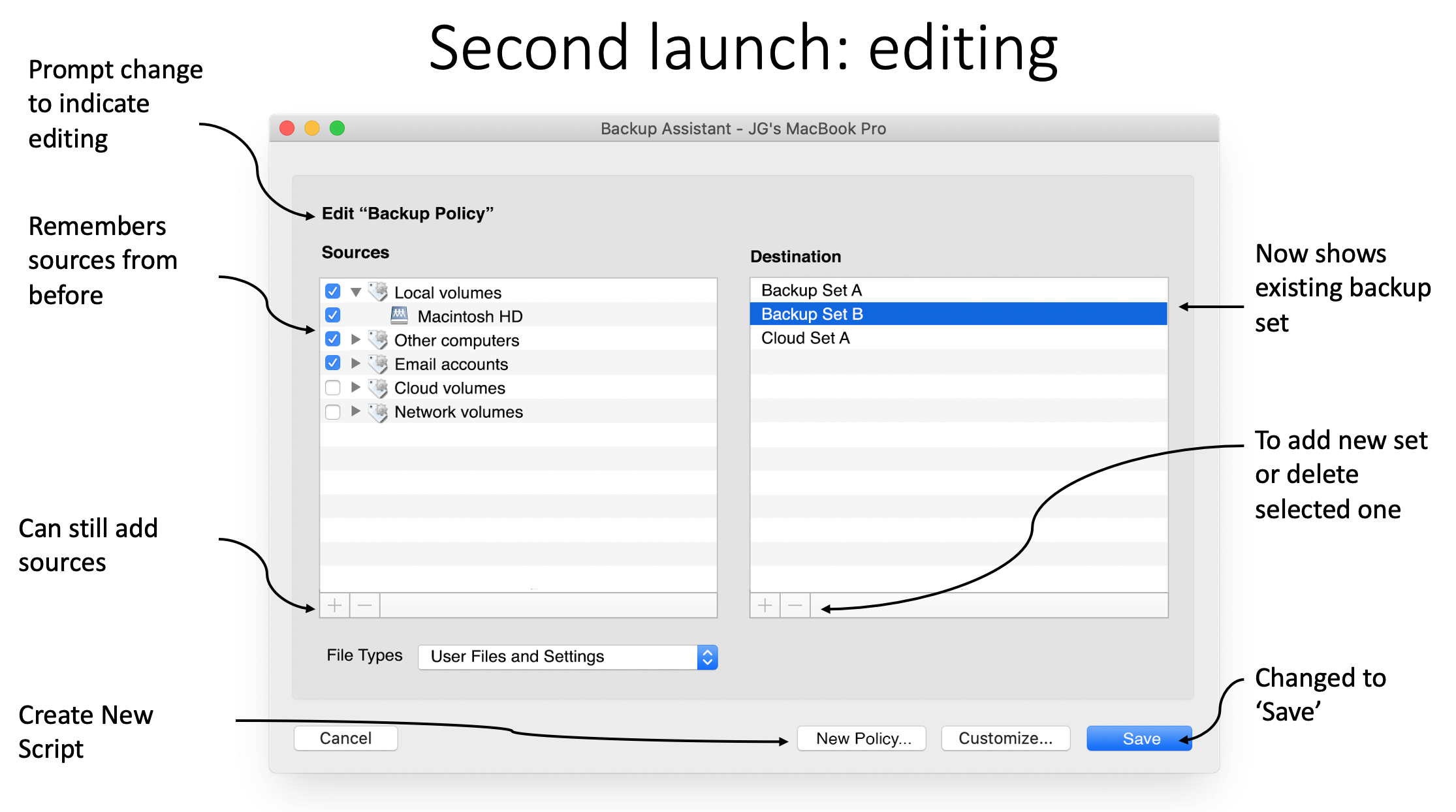 Under the hood, Retrospect Backup includes new features like 10x faster automated generation for public/private keypairs with seamless upload to Retrospect Management Console and embedded unique trial licenses to remove any barriers to getting that first backup.

Companies use cloud storage for all sorts of data, from website assets to affordable sharing to ingestable data. Cloud storage needs the same level of data protection as on-premise storage. Retrospect Backup 18 includes support for cloud storage as a first-class backup volume. Cloud volumes enable businesses to protect their cloud content on-site with an incremental backup or on a different cloud with an automated policy-driven workflows. With Retrospect Backup's point-in-time restore workflow, an admin can restore a file or an entire volume to the cloud with only a couple of clicks. 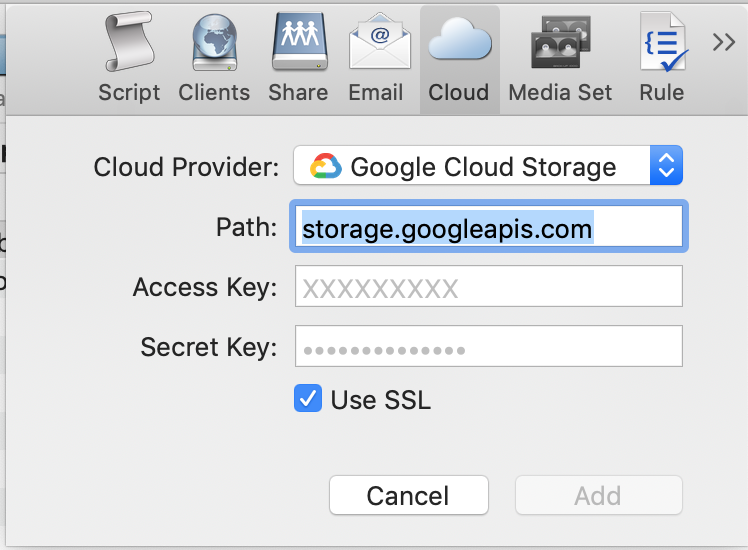